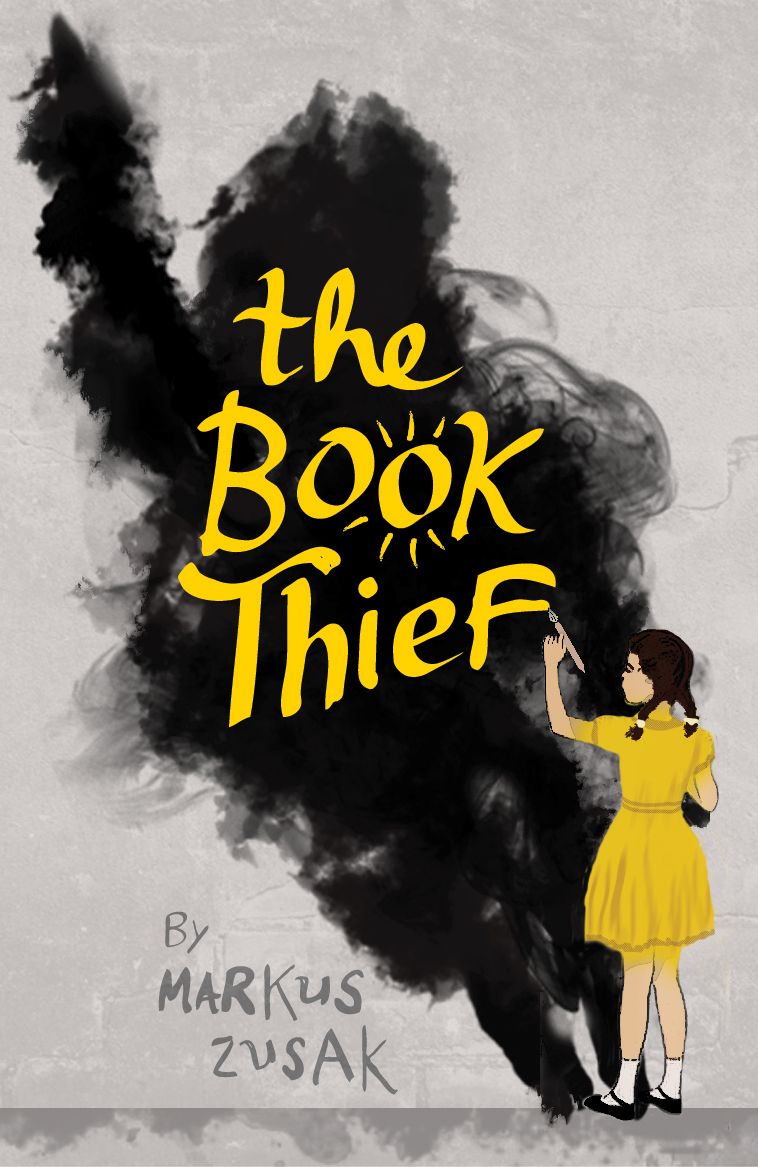 Trust was accumulated quickly, due primarily to the brute strength of the man’s gentleness, his thereness.

Hans Hubermann wore a face with the shades pulled down.

It was one of those moments of perfect tiredness, of having conquered not only the work at hand, but the night who had blocked the way.

Sometimes there was humor in Max Vandenburg’s voice, though its physicality was like friction – like a stone being gently rubbed across a large rock. It was deep in places and scratched apart in others, sometimes breaking off altogether. It was deepest in regret, and broken off at the end of a joke or a statement of self-deprecation.

“Just…” He chose his words gradually. “Don’t get caught.”

This from a man who’d stolen a Jew.

God never says anything. You think you’re the only one he never answers?

If only she could be so oblivious again, to feel such love without knowing it, mistaking it for laughter and bread with only the scent of jam spread out on top of it.

She didn’t dare to look up, but she could feel their frightened eyes hanging on to her as she hauled the words in and breathed them out. A voice played the notes inside her. This, it said, is your accordion.

Together, they would watch everything that was so carefully planned collapse, and they would all smile at the beauty of destruction.

Rudy did not feel like he was part of a master race.

“Hair the color of lemons,” Rudy read. His fingers touched the words. “You told him about me?”

At first, Liesel could not talk. Perhaps it was the sudden bumpiness of love she felt for him. Or had she always loved him? It’s likely. Restricted as she was from speaking, she wanted him to kiss her. She wanted him to drag her hand across and pull her over. It didn’t matter where. Her mouth, her neck, her cheek. Her skin was empty for it, waiting.

The boy from the plane, I thought. The one with the teddy bear. Where was Rudy’s comfort? Where was someone to alleviate the robbery of his life? Who was there to soothe him as life’s rug was snatched from under his sleeping feet? No one. There was only me.

I watched the contents of his soul for a moment and saw a black-painted boy calling the name Jesse Owens as he ran through an imaginary tape. I saw him hip-deep in some icy water, chasing a book, and I saw a boy lying in bed, imagining how a kiss would taste from his glorious next-door neighbour. He does something to me, that boy. Every time. It’s his only detriment. He steps on my heart. He makes me cry.

This is one of my all-time favourite books. I have a tattoo dedicated to it on my calf. I read it when I was a teenager and I cried for a few days afterwards, and then carried the book in my heart forever more. I am now 32, and I haven’t read this book in a long time. I keep wanting to read it, but even knowing what happens, I know it will break me. There’s something about the characterization of Death – the sadness, the way Death itself succumbs to what it must do – it tugs at me every single time.